A new major revision of the Edge Server board “t.RECS” has arrived from manufacturing and our partners from Christmann Informationstechnik + Medien GmbH & Co. KG (CHR) are now working on testing all its features and adapting the software to the new revision. The t.RECS is a carrier for up to three micro servers in the COM-HPC form factor. It has integrated 10 Gigabit Ethernet switching as well as very fast host-to-host communication via PCI Express. Also integrated are a lot of management capabilities. Via adapters, additional micro server standards are like Nvidia Xavier AGX and COM Express are supported. 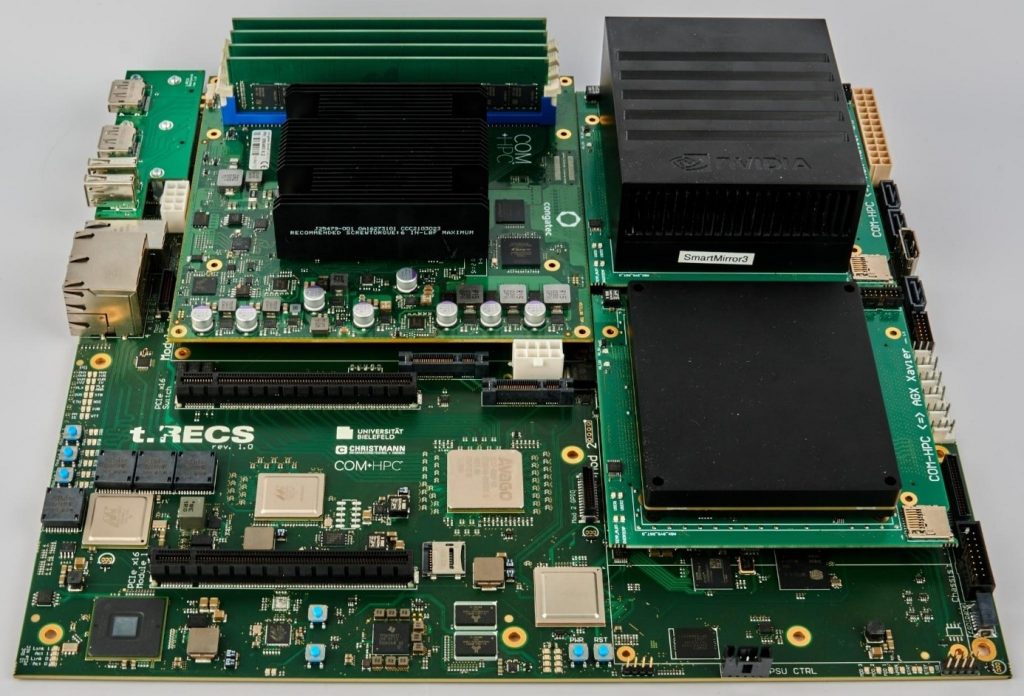 Working closely with congatec, the global market leader in the computer-on-modules segment, CHR has integrated a prototype COM-HPC micro servers from congatec sporting the recently launched Intel Xeon D-2700 (Codename Ice Lake D). VEDLIoT plans to show a live demonstration of the t.RECS with this micro server on several fairs and events in June.

The new board revision is working great so far, booting up the micro server, allowing for Ethernet network access and first working functions using the PCIe switch. The management controller is working and providing the WebGUI, showing temperatures, voltages etc.

Due to the current chip shortage CHR is still waiting for last components to arrive to get the full functionality up and running.

To show the high performance of the Intel Xeon D-2700 micro server, CHR runs a self-organizing map algorithm, a machine learning technique, on different CPUs to compare the newest Intel CPU with. It does not only show the vastly improved computational throughput, but thanks to the power consumption measurements built into the t.RECS can also show the increased energy efficiency. 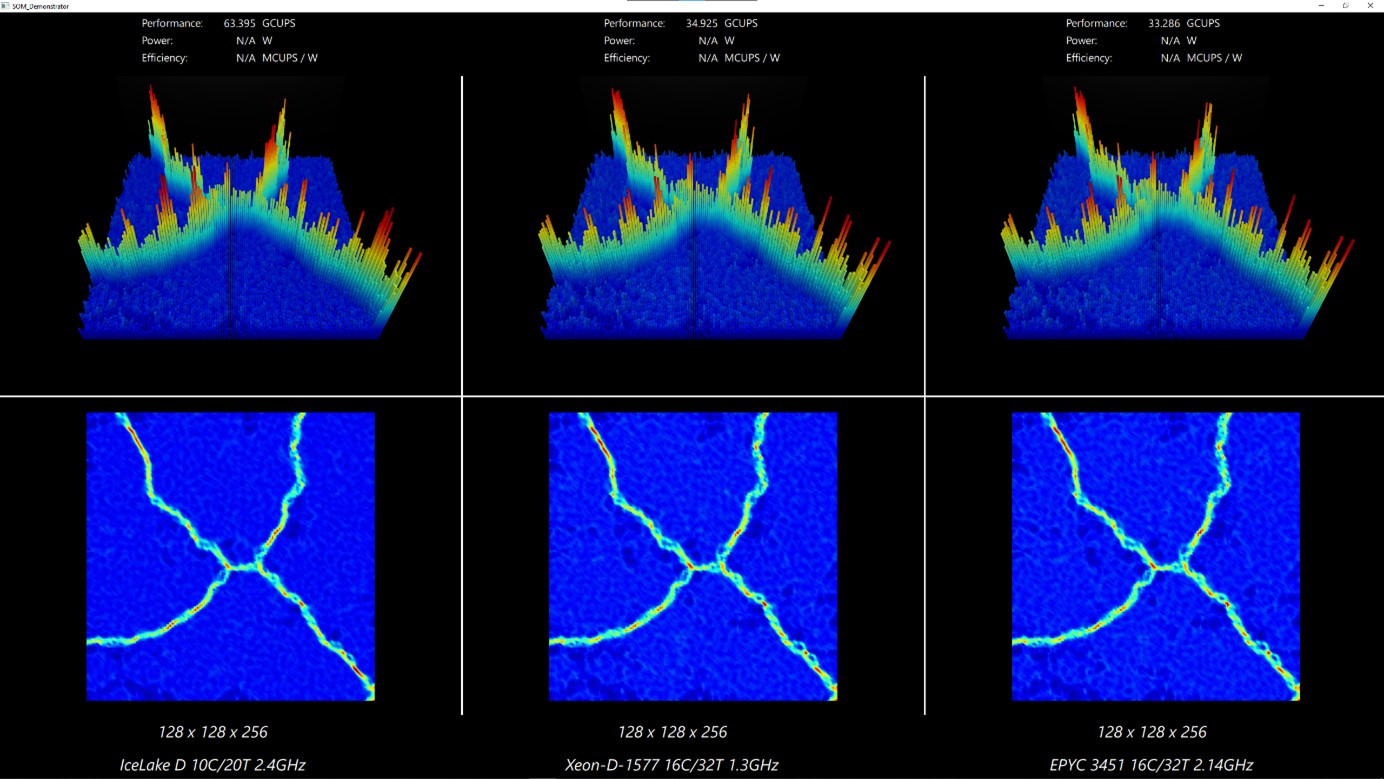 Projects partners Bielefeld University and Veoneer are looking forward to using the t.RECS when the bring up is complete. The team of the Bielefeld University will use it for their “Smart Mirror” that is used in assisted living, while Veoneer will use the t.RECS processing power in a 5G base station, processing camera data from vehicles in realtime.

This website uses cookies to improve your experience while you navigate through the website. Out of these, the cookies that are categorized as necessary are stored on your browser as they are essential for the working of basic functionalities of the website. We also use third-party cookies that help us analyze and understand how you use this website. These cookies will be stored in your browser only with your consent. You also have the option to opt-out of these cookies. But opting out of some of these cookies may affect your browsing experience.
Necessary Always Enabled
Necessary cookies are absolutely essential for the website to function properly. These cookies ensure basic functionalities and security features of the website, anonymously.
Functional
Functional cookies help to perform certain functionalities like sharing the content of the website on social media platforms, collect feedbacks, and other third-party features.
Performance
Performance cookies are used to understand and analyze the key performance indexes of the website which helps in delivering a better user experience for the visitors.
Analytics
Analytical cookies are used to understand how visitors interact with the website. These cookies help provide information on metrics the number of visitors, bounce rate, traffic source, etc.
Advertisement
Advertisement cookies are used to provide visitors with relevant ads and marketing campaigns. These cookies track visitors across websites and collect information to provide customized ads.
Others
Other uncategorized cookies are those that are being analyzed and have not been classified into a category as yet.
SAVE & ACCEPT